Around Town, Meet A Mom 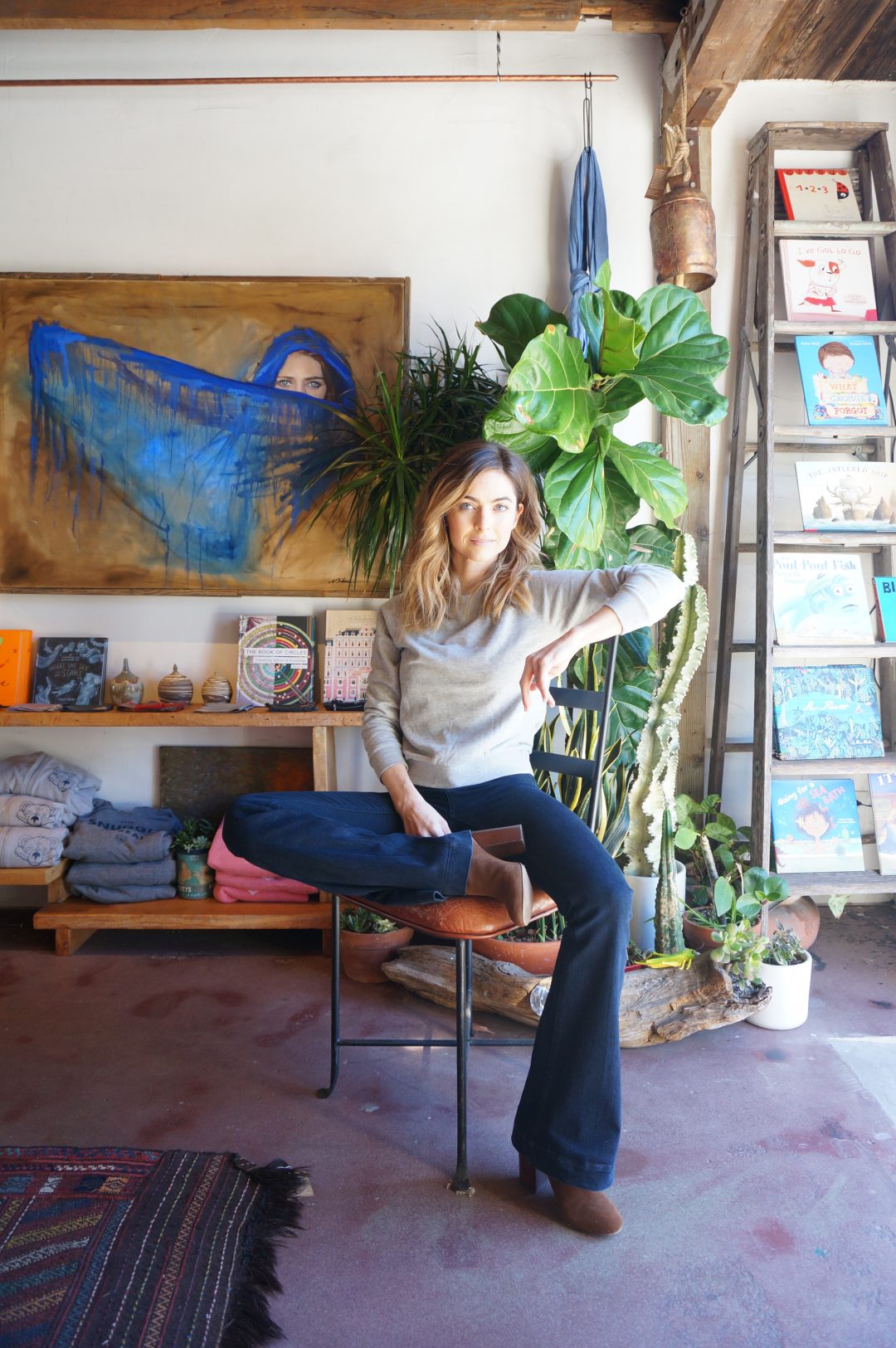 This week, meet actress Brooke Lyons. Like all of us, Brooke wears several hats—she’s Mom to 18-month-old Sebastian (“Bash”) as well as a 10-year-old Shih Tzu, Lucy. She’s a wife, married to producer Max Osswald. She’s also a working actress—currently, you can see her on Showtime’s Golden Globe-winning drama The Affair playing “Eden”. (Previously, she’s portrayed “Amy” in Universal Pictures’ Welcome Home, Roscoe Jenkins, “Peach” in CBS’s Two Broke Girls; and “Natalie” in The CW’s iZombie. Most recently, she starred with Lucy Hale in Life Sentence, now airing on Netflix.) We spoke to Lyons about everything from balancing work and family responsibilities with her husband to her favorite mom hacks, including an ingenious way to stop a tantrum, her love for Instacart and asking for help.

What’s a typical week like for you?
Because my husband and I both work in the entertainment industry, our schedules are highly variable. One week we’ll be home the majority of the time, another week we’ll both be working 18-hour days, and yet another week one of us will be jetting off to a far-flung city to film something and the other one of us will be home with Bash. Our jobs are sort of all or nothing, so we rely heavily on each other’s support when it comes to parenting. For example, earlier this month, I got a last-minute opportunity to work on CBS’s Magnum, P.I. which shoots in Hawaii. So with two days’ notice, I flew to Oahu for a week, and Max shuffled his work schedule so that he could be home with Bash. My mother-in-law also flew in from Cincinnati to help with Bash when Max had to work or, you know, function as an adult in the world.

How has becoming a mom changed you as an actress and a person?
When Bash was born, my heart expanded beyond what I thought possible, and so too did my emotional vocabulary. Being his mother has brought indescribable richness not only to my life but also to my acting. I can tap into depths of feeling I didn’t know I had access to. Also, children sort of force you to be present, and acting is all about being present. 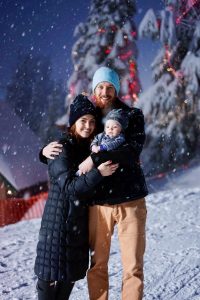 How important has your husband been in terms of your career?
Without him, there is absolutely no way I could do what I do. Bash was four weeks old when we relocated to Vancouver for five months so that I could film the television seriesLife Sentence. I went back to work pretty much full time, and Max had deliberately front-loaded his year so that he could join me in Vancouver and be Bash’s primary caretaker. I worked all day and pumped during every break, storing bottles of milk in the tiny fridge in my trailer on set. Max did the nights, bottle-feeding with the milk I’d brought home and comforting Bash so that I could sleep a few hours before waking up at 4 am to be on set by 5 am. Later, when we returned to Los Angeles, we switched roles. Max went back to work full time at his production company, and I took over as primary caretaker.

Amazing teamwork! And how has motherhood changed you as a person?
Motherhood is a beautiful tonic for chronic overthinking. As in: I used to spend a lot of time thinking, worrying, replaying moments and conversations in my head, wondering how my work was being received, seeking external validation, and craving approval. Then I had a baby. Suddenly my priorities shifted. Bash is my #1. Everything I do is directly related to creating for him the most loving and supportive environment possible. People talk about “mom brain” as a negative as if you’re in a fog. I know there’s some biological merit to the phenomenon, and I’d like to shine a light on the positive aspects of it. As in: I now have this magical sort of tunnel vision. Additionally, and perhaps on a more superficial level, becoming a mother has dramatically altered my relationship with my body. I grew up as a ballet dancer and then became an actress, so as you can imagine I’ve experienced the full spectrum of body dysmorphia and its damaging behavioral offshoots. Being pregnant, giving birth and breastfeeding revolutionized my relationship with my body.

Speaking of your background, not only were you a child dance prodigy, you also published a book, Scoliosis: Ascending the Curve, when you were a freshman at Yale. Would you encourage your little guy to focus on achievement at this level early on?
I think, as parents and as people, we’re all either seeking to replicate or rebel against our own upbringings. Because I was so driven as a child, I’m inclined to raise my son in a hippy-dippy, play-based household with a focus on intrinsic rather than extrinsic validation. That said, it’s totally not about me! Bash will be whoever he’s going to be. We’ll expose him to as many things as we can, and we’ll follow his lead. 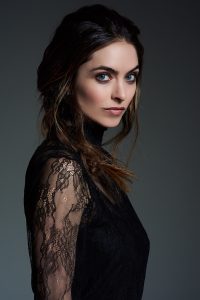 What has been your favorite role so far, and favorite co-stars?
“Eden” on The Affair is a fun one. She’s smart and complicated and so well-written. Maura Tierney and Dominic West are both exquisite. They elevate everyone around them.

Do you have any tips for the toddler Big 3—Tantrums, Picky Eating and Sleep Regression?
1. Allow the tantrum to happen. I find that being reactive only exacerbates the situation. I like to get down on his level and let him know it’s okay to have big feelings. And then swiftly redirect. My go-to is, “Do you need a break? Let’s go take a breath and say hello to the outside.” (And then we go outside.) 2. Vegetables first! The minute Bash sees a banana it’s all over. So I save fruit and other favorites for the end. Also, repetition. I heard it takes upward of 10 times before kids become familiar with new foods. 3. Our bedtime routine is very regular, and we rarely deviate from it. I think the structure is comforting for him and something we can always lean into if we’re having a regression. We’re also fans of the 5-minute rule. If we put him down and he starts crying, I start the clock. If after 5 minutes he’s still crying, we go in and offer verbal comfort (no picking him up, because that sends mixed messages). Then we close the door and start the clock all over again.

Any advice you’ve gotten as a working mom that you love?
If at all possible, when you’re at work, be at work. When you’re at home, be at home. Children in the workplace and work calls while giving your kid a bath lead to crazymaking. We can do it all, just not all at the same time. If you feel guilty and like you’re failing at work and at home, that’s completely normal and you’re not alone. Also, you’re not failing. You’re doing great. I promise. 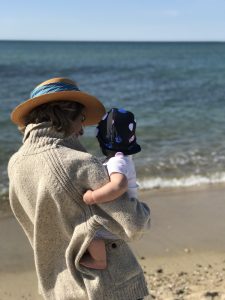 We’re all about “giving moms the gift of time”. What’s your biggest time saver?
Signing up for Instacart (or a similar delivery service) for groceries. Minimizing paper mail by digitizing and automating as many payments, etc. as possible. Using little to no social media during the week. Not feeling the pressure to respond to every call, text or email. Delegating and asking for help. Do you need your husband to pick up the dry cleaning on his way home from work? Ask. Do you need your friend or a babysitter to come watch the baby for a few hours? Ask. Decision making takes up a lot of time and mental space, so when you suspect you need help just commit to that decision, ask for what you need, and move on.

For more profiles from The Local Moms Network, including interviews with Emma Heming Willis and Laura Prepon, got to our Profile section.

This error message is only visible to WordPress admins

Please go to the Instagram Feed settings page to create a feed.